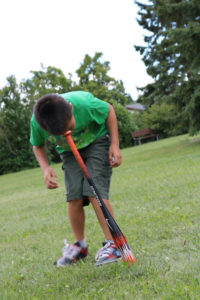 Spinning quickly is always a fun way to produce the sensation of vertigo.

All of us have experienced vertigo to some extent in our lifetime, if not BPPV (Benign Paroxysmal Positional Vertigo) itself, then at least intentionally when riding amusement rides or deliberately spinning as a kid. Except instead of lasting for just seconds, imagine the feeling lasting for hours, days or even weeks. The feeling of spinning can be so severe that those affected are usually walking with their hands along the wall at best or crawling on the floor at worst. Nausea and vomiting usually ensue and the experience is so frightening that an ambulance is often called for fear the person is experiencing an aneurysm.

Fortunately, the B in BPPV stands for benign in that the condition is not fatal.  Also, the condition is entirely treatable with Repositioning Maneuvers performed by skilled physicians or physiotherapists with training in treating these conditions. This blog will address some common questions surrounding this condition.

The incidence of BPPV varies greatly from 10-20% of the population. By far, the people most affected are those over the age of 60. It is thought that as we age, the propensity for the crystals to dislodge from the hair cells in the vestibular apparatus increases or else over time, the dislodged crystals accumulate to a critical mass that now becomes symptomatic. However, it has been reported in children as young as 7 years old. Personally, the youngest person I have ever treated was a 14 year old. The vast majority of BPPV occur insidiously with no provocation or reason. Therefore, there is no “cause” for this condition. It is simply correlated with age.  The other causes of BPPV are from trauma where the head has been shaken or has experienced impact like in a car accident or fall. Anecdotally, some people have complained of vertigo while scuba diving or flying. The cause of this is not likely BPPV but in a different condition called a perilymphatic fistula where there is an abnormal communication between the middle and inner ear, which is beyond the scope of this blog.

Of the 3 semicircular canals in the vestibular apparatus, 80% of BPPV affects the posterior canal. Fortunately, it is the most easily treatable with resolution upwards of 70-80% after a single maneuver.  However, it is not uncommon for the need of multiple maneuvers before full resolution.  Like any condition, a proper assessment is essential. The treating practitioner needs to determine which ear is affected (sometimes both), which canal (sometimes multiple) and which type. In addition to BPPV, there are multiple causes of dizziness that needs to be carefully diagnosed.

Assuming that a proper diagnosis has been established and the correct Repositioning Maneuver (there are several) was performed correctly to the correct ear and canal, there can be 3 possible outcomes after the first treatment: 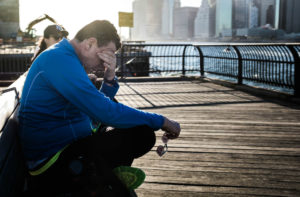 If you struggle with dizziness, consult a medical doctor or a physiotherapist with special training in treating such conditions.

1. Complete resolution of the vertigo with no residual lightheadedness.

2. An improvement in the vertigo but not resolution.  In this scenario, the first few maneuvers greatly improve the condition but does not resolve it. The test that was used to establish the diagnosis should then be repeated to confirm the affected ear and canal and the maneuver repeated. There are instances where the crystals can be moved from one canal to another (ie. from the posterior to the horizontal) during the maneuver in which case a different type of maneuver needs to be performed.

3. Vertigo is resolved but the patient is experiencing persistent lightheadedness.  Currently, the prevalence of persistent lightheadedness after the resolution of vertigo is anywhere between 31-60%. The sensation of lightheadedness is much slower compared to the rapid spinning in vertigo. It is a sensation of swaying, rocking or a sense of imbalance. Most patients will report that they are feeling much better but there remains a persistent discordance between themselves and their surroundings as they move. In this scenario, the BPPV is resolved and so the repositioning maneuvers are no longer effective.

The experience of vertigo is so frightening and debilitating that once resolved,  patients never want to experience it again. The question of the risk of recurrence is a good one. Currently, recurrence rates reported in the literature is between 15-27% and is highest in people over 70. Correlative factors that leads to recurrence include being female, having high blood pressure, type 2 diabetes, osteoporosis, depression and anxiety disorders. Recurrence rates tend to be higher in the first week after the repositioning maneuvers especially when sleeping on the affected side. Interestingly, there seems to be a greater correlation between the preferred side of sleep and the ear affected in BPPV. Again, this is correlative data and not causative. So, sleeping on your left side does not cause BPPV in your left ear but should you experience BPPV, there is a greater chance of it affecting your left ear more so than your right if you are a left side sleeper. So, if you have never experienced BPPV, by all means, don’t change the way you sleep! However, if you are one of the unlucky ones who experiences repeated recurrences in one particular ear, then it may be wise to try to sleep on your unaffected side.

Lastly, despite the success of the repositioning maneuvers, it is still under-utilized and under-prescribed by physicians. Medications are still frequently prescribed. This is unfortunate since the medications only reduce the patient’s sensitivity to the condition whereas the maneuvers actually treat its cause.   It is my experience, that the vast majority of patients who are on the medications report that they are ineffective at reducing any of their symptoms.  Without performing the maneuvers, the only hope is that the medication will reduce the patient’s symptoms while waiting for the crystals to make their own way back to the hair cells with time and normal head movements. This may or may not happen and the duration of time this may take is uncertain. The 2017 Clinical Practise Guidelines as recommended by Otolaryngologists (ear, nose and throat specialists) for the treatment of BPPV is the repositioning maneuvers and not medication. Not only are the medications ineffective, it tends to make diagnosis more difficult due to its suppressive effect on the vestibular system. Trying to identify which ear and which canal is affected is made more difficult.

My parting advice to my patients when their BPPV is resolved is this: don’t worry about a recurrence. There is no use in worrying about something which may never happen and for which you have no control.  In fact, being anxious has been correlated with recurrences!  If you struggle with depression or an anxiety disorder, then ensure this is being managed.  In the meantime, live life freely without fear but if it ever happens again, call me.